Sorry If I Offended You, Jackass! 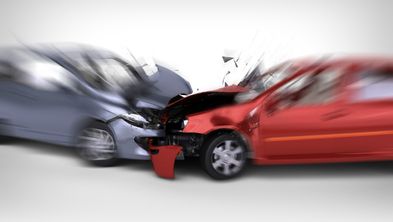 What’s the difference between hurting someone’s feelings and offending someone? Well, someone who's easily hurt is less likely to laugh at the expense of others because she knows how bad it feels to be the butt of a joke. Someone who’s easily offended is more likely to laugh at everyone else but himself because he actually thinks he is more important than everyone else. So hurting somebody’s feelings with comedy is like crashing into the car in front of you because you’re not watching where you’re going, whereas offending somebody with comedy is like crashing into someone who doesn’t stop at intersections because they believe stop signs don’t apply to them.  Either way, the other driver thinks you’re at fault.

Sometimes, when an audience member takes offense to a comedian’s material, he’ll try to ruin the comedian’s set by heckling. Guests on my ship have asked, “Well, if the First Amendment gives a comedian the right to say whatever he wants on stage, doesn’t it give me the right to heckle him while he’s on stage?”

The long answer is “No, Jackass!”

The really long answer is “Your First Amendment rights during a live performance which other have people paid to attend and seem to be enjoying are limited to either laughing or not laughing; remaining in the showroom or getting the hell out. Although the First Amendment does indeed give you the right to your own opinion, decorum still dictates that you express your opinion in the proper forum, using the proper medium, at the proper time.

Such as, waiting until the comedian gets into his car and then crashing into him.