Obamacare for the Soul 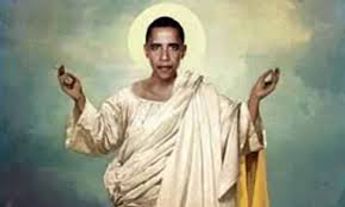 The last time I told a Wal-Mart cashier to “have a nice day,” she responded with “God bless you.” Although I’m not religious, I smiled and said thank-you. My debit card wasn’t declined, so I figured her blessing had worked.

Some might say it’s bad manners for a Christian to say “God bless you” to a nonbeliever. Personally, I think it’s worse manners to say “Have a nice day” to a cashier at Wal-Mart. That’s like saying, “Enjoy the Caribbean” to a detainee at Guantanamo Bay.

I have one friend who gets all worked up whenever I say “God bless you” after he sneezes:

“Dude, how many times do I have to tell you that ‘God bless you’ drives me nuts? Please use gesundheit instead.”

“Because I’m not a Christian, that’s why.”

“You’re not German either, yet you want me to say gesundheit?"

But why should a Christian consider my religious beliefs before saying “God bless you,” anyway? Do I consider a Wal-Mart cashier’s secular beliefs before saying “Have a nice day”? What if she’s a pessimist? Telling her to have a nice day could come off as arrogant or controlling. (And she gets enough of that already from "Skippy," her 19-year-old, GED-toting supervisor.) Or what if she’s clinically depressed? Telling a depressed person to have a nice day when she’s emotionally incapable of having a nice day will not only ruin her day; it might also deepen her depression. So maybe I should say something neutral instead, such as “Thank-you for your service” or “I hope you get hired at Target.”

Although I’m no fan of organized religion, I’ve never understood why atheists get so bent out of shape when a good Christian says, “God bless you.” As a disillusioned Catholic, I don’t go to mass, I don’t pray much, and I certainly don’t read the Bible, so, please, bless me all you want. If you’re not going to bless an emotionally stunted sinner who tells dookie jokes for a living, who are you going to bless?

It doesn’t even have to be a blessing from “God” God. You can say “Allah bless you,” “Vishnu bless you,” or “Ron L. Hubbard bless you,” for all I care. I may not be a practicing Christian, but I am a practicing liberal, so I’ll take all the entitlements I can get, including blessings from your or anyone’s God, whether He exists or not. Being healthy doesn’t stop me from needing health insurance so why should being skeptical keep me from needing faith insurance? The way I look at it, every time a religious person of any faith says “God bless you” to me, it’s Obamacare for the soul.

What? You don’t think I have a good enough relationship with God myself that I need your help to attain His blessing? Me and the Lord are like are like this, pal—so go to Hell. And while you're down there, be sure to say gesundheit when Hitler sneezes. "God bless you" drives him nuts.

So instead of getting angry when Christians say “God bless you,” I take it as the kind gesture is was meant to be and move on. Believe me, with a personality like mine, I get told “Screw you” so often that “God bless you” is a nice change of pace.