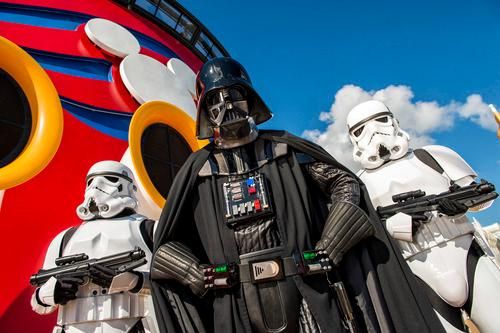 You can read all the online articles you want about the crime and violence in popular ports of call such as St. Thomas and Jamaica, but I’m here to remind you that St. Thomas for one is actually part of America. That means it’s no more dangerous than, say, Camden, New Jersey.

But just because some ports have dangerous areas doesn’t mean anything’s going to happen to you. Sure, you might get shot or stabbed at an ATM but at least you’ll have pretty coconut trees to look up at while you’re lying on the ground bleeding to death.

Jamaica, coincidentally, is where Angela Basset filmed the movie “How Stella Got Her Groove Back.” I can’t remember exactly how Stella got her groove back, but I can tell you how she lost it: Stella left her groove in the trunk of a rental car in Montego Bay and that groove got jacked, Jack.

I wasn’t prepared for how filthy Jamaica is, either. Litter everywhere.  Then again, with as much pot that’s smoked in that country, I guess it shouldn’t be much of a surprise to see thousands of candy wrappers blowing in the wind. If you ask me, we should give our ship’s entire Housekeeping Department the morning off in Montego Bay. They’d have that whole city spic and span in three hours and still be back in time to clean up after you messy bastards before lunch.

All jokes aside, if you go exploring in Caribbean ports make sure you travel with a large group of other tourists. You ‘ll fell a lot less frightened and intimidated if you’re not the only person being robbed at gunpoint.

Most islanders will bristle at American travel advisories. They’ll ask how we can call their port cities dangerous when America has Cleveland and Detroit. I’ll keep that in mind the next time I drop two grand on a seven-day cruise on Lake Erie.

The other problem with crime in the Caribbean is that criminals are rarely caught. It’s easier to catch Ebola than a purse snatcher. There was more justice in 1964 Selma than in modern day Honduras, for example. Of the last 50 Americans killed in Honduras, the local police have solved just 2 cases. Their top detectives determined that one victim was killed by a murderer and the other was murdered by a killer.

Because a forewarned traveler is a safe traveler, here's...

The Fun Dude’s Top Ten List of Ports to Watch Your Ass In:

Here are some safety measures you can take to reduce the risk of becoming a victim while on vacation:

Although I do want you to think a little before gallivanting around a Third-World country with a fancy  camera around your neck, I don't mean to scare you into canceling your cruise. As I made clear at the start of this essay, traveling to the Caribbean isn’t any more dangerous than biking through Baltimore.

So if you exercise caution, stay aware of your surroundings, and don’t venture too far off the beaten path, you’ll be able to party your ass off without losing it or getting it kicked.

Stay safe and have fun, dude!