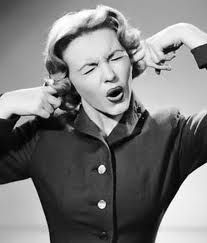 My job is to help guests on my cruise ship experience the vacation of a lifetime. But difficult guests don’t need my help. Their constant complaining can make seven days seem like a lifetime.

Don’t get me wrong. Helping difficult guests can be very rewarding.  As rewarding as a five-dollar gift certificate for the Sharper Image store.

My first impulse is always to go the extra mile for difficult guests. Trouble is, that extra mile usually takes me straight through the center of Complaint Town. For example, if a guest complains about slow bar service in the comedy club three minutes after sitting down, I’ll bring her a free drink and watch her eyes light up. Then I’ll watch her chug the drink, become intoxicated and start heckling the comedian with her blouse open. After politely begging her to “button it up” both literally and figuratively, I’ll then watch her stagger off to Guest Services to complain about me, “Jeff the Fun Douche.” If I were smart, I’d avoid all this by saying, “Be patient, sister—you ain't the only person here who can’t spend five minutes trapped on a boat with their family without hitting the hooch!”

I define “difficult guest” as any passenger whose anger, aggression, insecurity, vanity or ignorance prevents me or one of my colleagues from providing him with superior customer service. The nautical term for such a guest is “pain in the aft.”

Guest complaints give me a chance to save the day, to become a hero in some weary traveler’s eyes. Frustrated guests turn to me because they sense I care and can make things happen. Difficult guests seem to get more enjoyment out of being angry than out of enjoying themselves. A dirty spoon, a crowded gangway, an American crew member who calls them on their b.s.—these things are like Viagra for the ego to a difficult guest: If you experience an objection lasting more than four hours, please consult a physician.

So, Difficult Guest, I don’t mind if you complain. What I hate is when you thwart my attempt to solve your problem by continuing to complain instead of listening to my solution. Let’s say you start chewing me out because somebody “stole” your seat minutes before the start of a packed comedy show. As comedy club manager my priority is to find you another seat immediately before they’re all gone. I don’t have time to confront the hump who’s sitting in “your” seat and determine who’s right and who’s wrong. If you want justice, call Judge Judy. If you want a seat, hurry up and follow me to the last chair in the house before some drunken college kid wearing a wrestling mask and a sombrero pukes on it.

One time I politely asked a gentleman in the front row to remove his feet from the chair in front of him so I could offer it to a lady standing in the back of the room. He obliged and I dragged the chair all the way back to the lady only to have her snap, “I’m not sitting in this chair—that guy had his smelly feet on it for the past twenty minutes!”

I wanted so badly to say, “You’re absolutely right, madam. What was I thinking? How about I give this chair right back to “Captain Tinactin” over there and find you one that’s had somebody’s smelly rear  on it for the past three hours? Perhaps a first-time cruiser who’s still adjusting to motion sickness and Mexican tap water. Why sit on a foot stool when you can sit on a fart bucket—right, Your Highness? Silly me!”

Of course, I didn't say that. I said, “I’m sorry I couldn't help you, madam. I’ll gladly reserve you seats for the next show.”

Then I gave “Captain Tinactin” his foot stool back.

Another thing difficult guests do wrong is they never complain to the right person. The right person can solve their problem in minutes and they don’t want that. That would eat into their complaining time and it’s only a seven-day cruise. That’s why they’ll instinctually complain to someone from a different department than where their complaint originated. Slow service in the dining room? Don’t mention it to the Maître d’—grumble to the Filipino girl running the water slide; she’ll slide straight down into the galley and start slinging mashed potatoes with the grace and speed of a ninja. The karaoke host hasn’t played your song yet even though 300 other people managed to get there first and sign up ahead of you? Don’t request to see the cruise director—sermonize to the Spanish-speaking guy fixing the elevator; he’ll take the lift straight up to Heaven and personally ask the Virgin Mary to put you up next. Tired of waiting in long lines to go into port? Don’t call Guest Services—harangue the poor guy slicing your pizza at 3:00am; he’ll throw a couple dozen pies onto to the gangway to distract your fellow fat-asses  while you make a run for it. Tired of crapping in red plastic bags on Lido Deck while your ship is being towed to Mobile, Alabama? Don’t thank the staff members who labored tirelessly without sleep to keep your misery to a minimum—put on your “Who Farted?” cap and rant at the reporter from CNN; (no need for a CNN joke here because CNN always gets the story right.)

One time I was strolling past the main pool on Lido Deck.  Wearing my comedy club polo shirt. Sporting my “comedy club manager” name tag. An elderly guest near the edge of the pool barked, “Young man, this pool is much too small for swimming laps!”

Instead of laughing he said, “Why, that’s the stupidest thing I’ve ever heard. Making me walk all the way through the damn restaurant just to finish my lap—whose bright idea was that?

Just then I saw the “I’m not sitting in this chair” lady from the comedy club standing at the other side of the pool. “That’s her, sir, right over there,” I said.  “It was her idea.” Another feeble attempt at humor.

Still not  getting me, the old dude mumbled, “Really? Well, I think I’ll march right over there and give her a piece of mind.”